Women in the Pacific exceed global average in business leadership

END_OF_DOCUMENT_TOKEN_TO_BE_REPLACED

Women in the Pacific are leading the charge in bridging the gender gap in business leadership, according to a new report.

It was based on information from 274 organisations in 14 Pacific nations and found promising results of women in leadership that span across a range of positions in a range of industries.

The Cook Islands, Palau, Samoa and Tuvalu were held in the report as “stand outs”, having achieved the goal of equal gender representation with half of CEO positions held by women - far in excess of the global average of 4.4 per cent.

The report's co-author, Sarah Boxall says the Pacific should serve as an example for other countries that change is available to them if they commit to increasing the representation of women in business leadership.

One of the key findings Boxall says, was a correlation between a supportive policy environment for gender equality and the overall higher rates of women in the workforce and leadership roles.

The future for women in business leadership looks bright, however, as the report highlights, progress seen here is in efforts of leveling a playing field that was created unequal.

With more women in positions of leadership, the report finds that businesses are all the better for it. Not only are board rooms made more diverse but it creates a wider pool of talent and can improve corporate governance.

Many of the industry leaders who contributed to the report expressed how their sector “benefited from the different perspectives and ideas that women bring to the table”, says Boxall.

One of the reports recommendations was that more research be undertaken to analyse the role culture has played in the increased representation for women in business leadership. 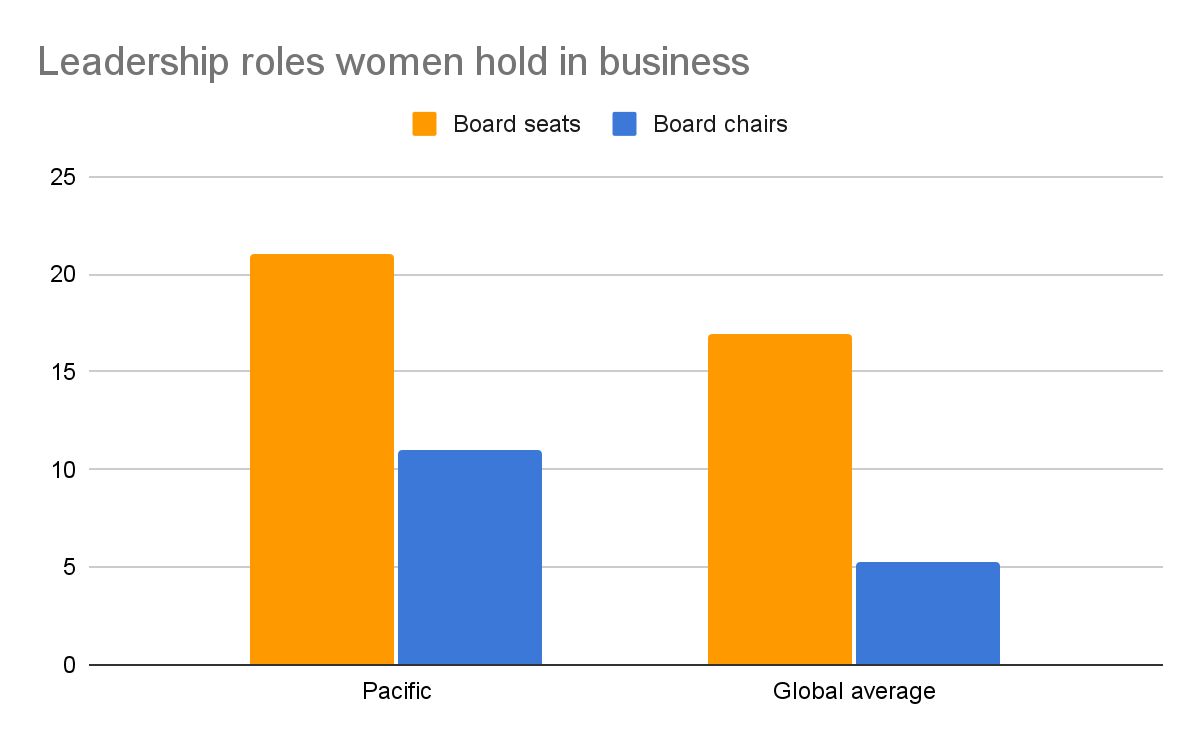